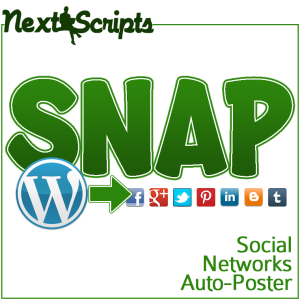 SNAP for WordPress Version 3.1.1 has been released. This version brings compliance with “Jan 14 Twitter API changes” as well as some bug fixes and stability/compatibility improvements.