Plugin makes 100% White Labeled Posts. The main idea behind the plugin is to give you the ability to promote only yourself. Plugin uses your own apps and all posts to all networks come only from you. No “Shared via NextScripts.com” or “Posted by SNAP for WordPress” messages.

Take a look at any of our social networks accounts and see how the auto-posted content could look like:

* (with third party API library) means that you need to have at least “Run-Time Edition” of SNAP Universal API. SNAP API Run-Time Edition is included in the SNAP Pro Plugin.

Setup/Installation:  >>Click here for the full installation instruction with screenshots

Have problems? Please check out the Troubleshooting FAQ page. 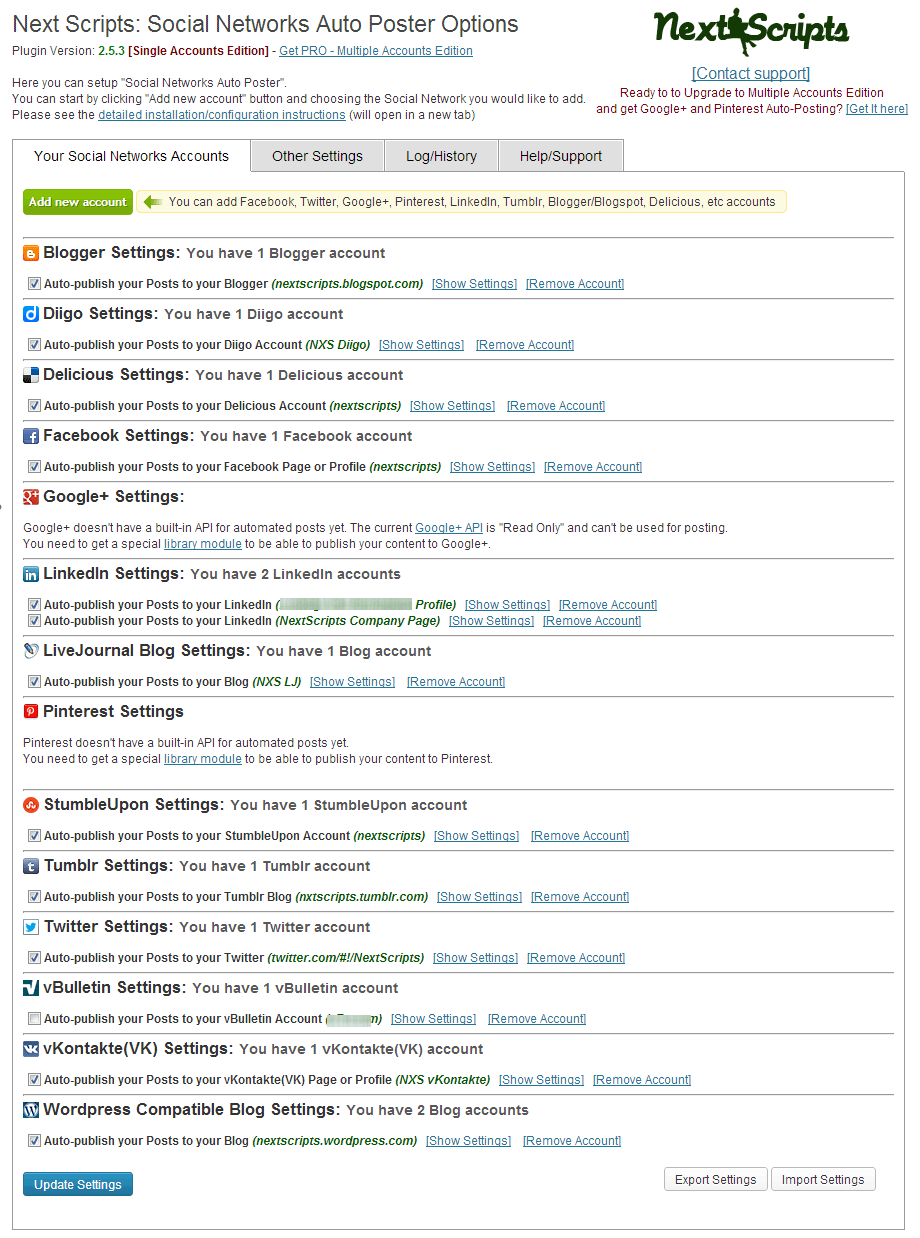 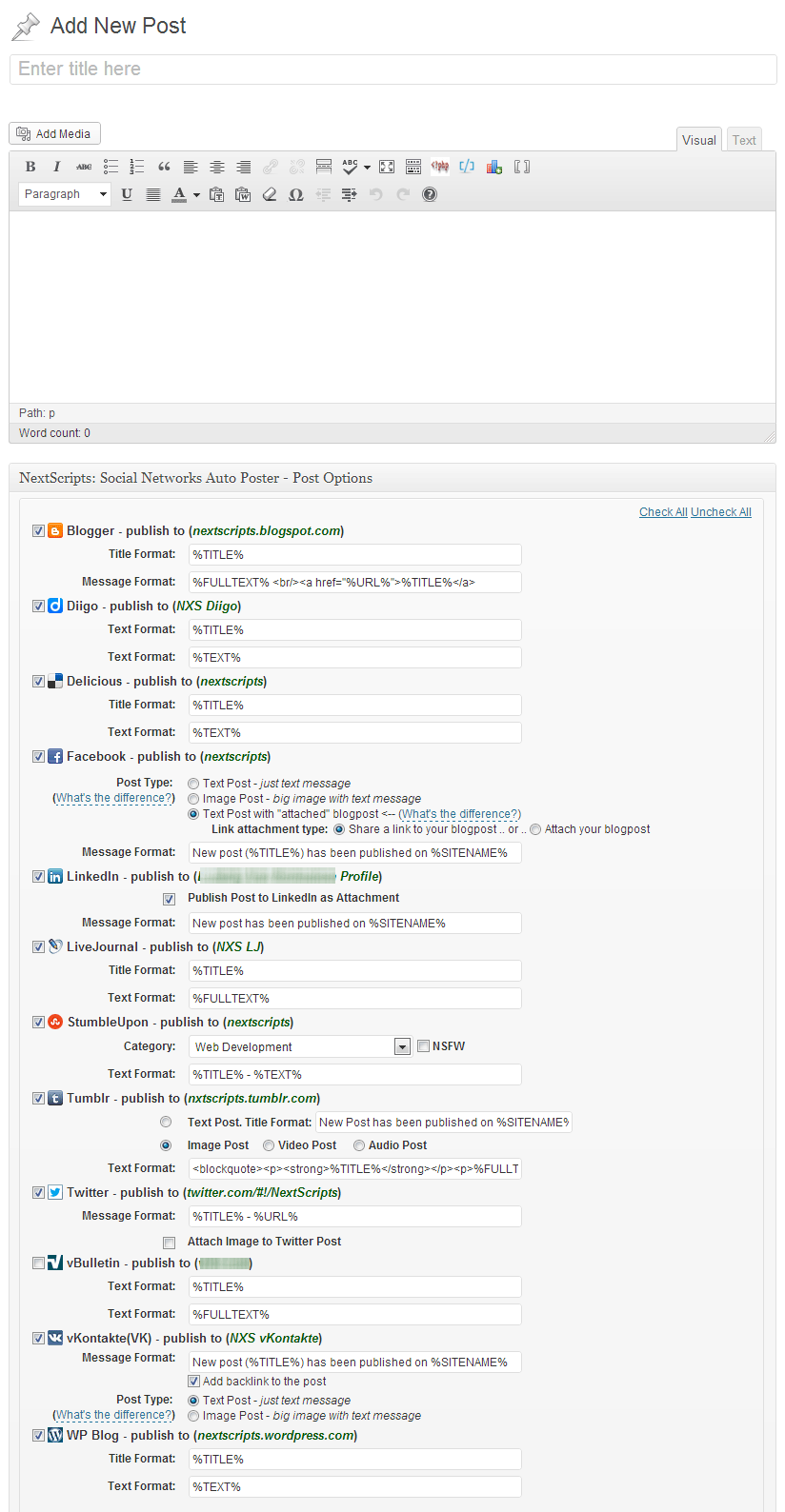 Contact us if you have any problems or if you need us to integrate script with your system or to expand the script in any way.